When you book with an account, you will be able to track your payment status, track the confirmation and you can also rate the tour after you finished the tour.
Sign Up
342

In the 15th century, the Kosača family ruled the area of Hum (Herzegovina) and was one of the most powerful noble families in the Kingdom of Bosnia. There are assumptions that the family was named after the village of Kosač near the Piva and Tara river. The influence and power of Kosača can be seen during the time of the first Bosnian king Tvrtko I.

With the accession of Jelena Gruba to the throne, the power of the nobility, both Hrvatinić and Pavlović, and Kosač was further strengthened. In this, but also in the following periods, the territorial expansion and political power of this noble family can be traced. It is not disputable that he is involved in higher political affairs, primarily referring to the conflict between Sigismund and Ladislav of Naples.

Prince Hrana Vuković is taken as the ancestor, and his sons and other heirs significantly expand the territory. The initial area they managed referred to Prijepolje, Nikšić, Boka Kotorska, Pljevlja and the area of Cetina. In later periods, they spread to the entire territory of Hum, and towards the end of the Kingdom, their territory began to be called Herzegovina. Due to the expansion of the area to Hum, they are sometimes called Hum nobles. The peak of their power and influence can be seen in the time of Sandalj Hranić and Stjepan Vukčić. Their power and success are evidenced by the data on opposing the king, other nobles in Bosnia at that time, and at first cultivating friendly relations with the Ottomans.

Furthermore, territorial stagnation, loss of power and almost complete loss of possession began towards the end of the reign of Stjepan Vukčić Kosača. With the marriage of Katarina Kosača, the daughter of Stjepan Vukčić, to the Bosnian king Stjepan Tomaš, he began to cultivate friendly relations with the state leadership. However, it should be noted that even after the blood connection with the royal dynasty, conflicts are visible. Finally, with the fall of the Kingdom of Bosnia in 1463, the political and territorial uplift of this family came to an end. The resistance of some members lasted until the begin-ning of the 16th century, when the Ottomans occupied most of their territory.

Finally, it is important to mention that one of Stjepan Vukčić Kosača sons, Stjepan, converted to Islam and entered the service of the Ottoman Empire under the new name Ahmed-paša. During his life he succeeded in advancing in state affairs and was one of the Sultan’s closest associates.

Cultural and historical is a heritage from different historical periods, among which the historical sites under the administration of the Kosača family are of special importance for this route. The backbone of this route is represented by the fortresses in Mostar, Ljubuški and Stolac, and the medieval necropolis of the stećak tombstones of Boljuni (Stolac). The fortress in Mostar (Stjepangrad) is the administrative center of the Hum country under the administra-tion of Duke Stjepan Kosača, and the same ruler had another fortress built in Ljubuški. Historical sourc-es also testify that the Kosača family at one time managed the site “Stari grad Vidoški” in today’s Stolac.

The stećak, which belongs to the military leader and manager of Hum land from the Kosača family, Vlatko Vuković, brings special value. It is buried in the necropolis of the Boljuni stećak tombstones, which is one of the most representative monuments of this type of heritage. In that sense, I finally suggest the “Kosača Family” route; Stjepangrad (Blagaj) – the fortress of Duke Stjepan Kosača (Ljubuški) – The Old Town of Vidoški (Stolac) – the necropolis of the Boljuni stećak tombstones.

The institution Croatian house Herceg Stjepan Kosača, as the legal successor of the former House of culture, was founded as a public company in 1994. Work on the building itself began in 1959, and construction material was used that was prepared for the construction of the cathedral church. The designer of the building was Reuf Kadić from Sarajevo.
Today, the complex consists of several halls for various purposes, the largest concert hall with 726 seats and ancillary facilities, then the art gallery of Queen Katarina Kosača and finally a small hall – amphitheater with 120 seats for seminars, presentations or book promotions. The main activities are a space for the organization of cultural, concert or theater events, screenings of films and various artistic and literary works as well as reproductive performances. 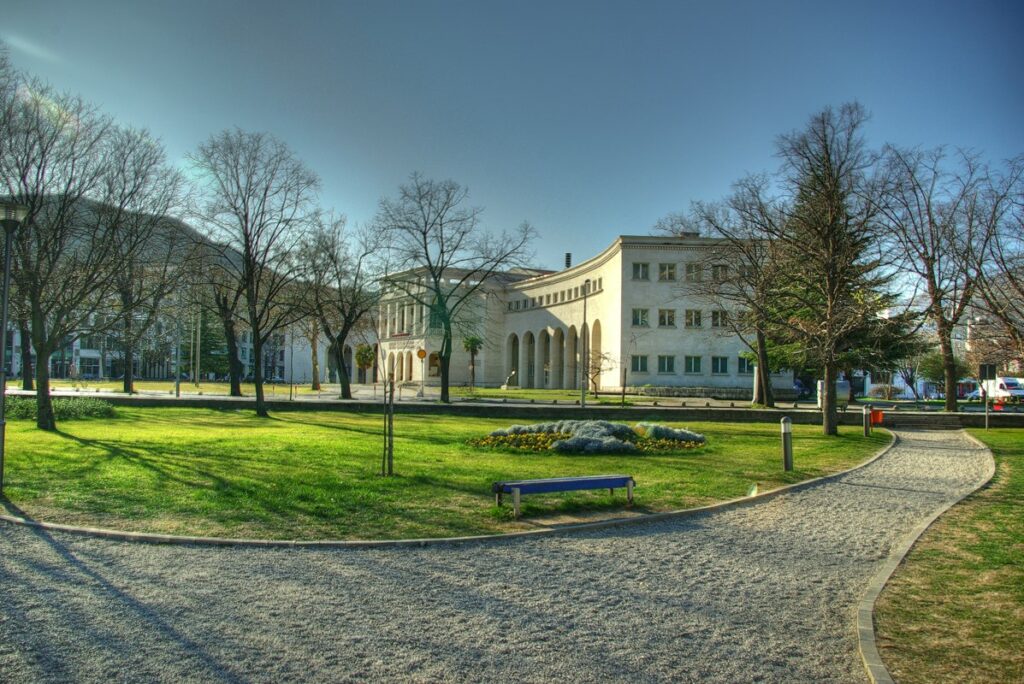 The old town of Blagaj or Stjepan-grad was built on the most prominent place of a high and difficult to access karst hill, at 310 m above sea level and above the source of the river Buna from which it is 266 m. Blagaj fortress is situated on naturally flat terrain, west and north sides. In the second half of the 20th century, the city was systematically explored. About 1000 m2 of area was explored, which is slightly more than one third of the area surrounded by city walls. It has been established that the area of the Old Town of Blagaj was continuously inhabited from the Iron Age until 1835, when the Turks abandoned it. In Blagaj sat the prince of Hum, Miroslav, Nemanja’s brother, during whose time the Church of St. Cosmas and Damian. A plaque with a Cyrillic inscription, which was found in 1912 near the ruins of the old Bišće castle and the Vrači site, speaks of the construction of the church. In 1326, the Bosnian ban Stjepan II Kotromanić included this area in the Bosnian state for the first time. The Ottomans captured Blagaj in 1465, and as early as 1473 the Blagaj kadi is mentioned. The city was repaired twice: in 1699, when the western tower was repaired, and then in 1827. The crew stayed here until 1835. By the decision of the Commission to Preserve National Monuments of BiH, the architectural ensemble STJEPAN GRAD U BLAGAJ was declared a National Monument of Bosnia and Herzegovina. 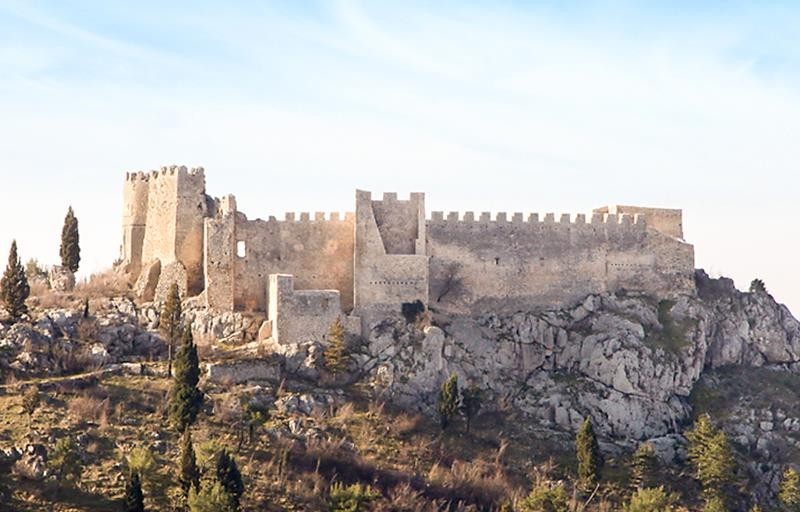 The late medieval fortification of the feudal ruler of herceg Stjepan Kosaca is the most monumental archeological site of the Ljubuški Municipality, located on the prominent top of the karst chain of Buturovica hill (396 m above sea level) and as such is a symbol of the townof Ljubuški and Herzegovina. The fort complex consists of two parts. The central tower of the rectangular shape, popularly called “Herceguša”, built in the late 14th or early 15th centuries and a perimeter wall in the shape of an irregular polygon with massive towers, dating from the Ottoman period after 1472. The complex covers an area of 3,350 m2 and consists of several units, such as a small and large steeple with a table and various buildings; guardhouse, granary, bakery, armory, gunpowder and 4 water tanks.

The time machine brings us to a medieval town of Vidoški, founded in the 5th and 6th century, during the times of a Byzantine emperor Constantine. Constantine built a fortress in Stolac which protected his trade caravans headed from the west to the east, former Byzanthium, today Istanbul. After the emperor Constantine, the town was neglected until the Slavs came in the 8th and 9th century. In the 14th and 15th century, during the rule of Herceg Stjepan Kosača, it experienced its medieval prosperity. In the year of 1471, the town was conquered by Ottomans who gave a town today’s outlines with all fortresses, walls and towers. The town has 13 towers. It is divided into lower, middle and upper town. It is located on the hill above contemporary centre of Stolac and is a defense facility which, by its size, belongs to the line of the largest Bosnian and Herzegovinian towns. Contemporary form of the town belongs to the remains of Austro-Hungarian era.

The necropolis is located in a village of Boljuni, 12 kilometers southwest of Stolac. It has 273 stećaks in total. It is a third by size and first by the number of decorated stećaks in Bosnia and Herzegovina. A total of 105 of them are decorated. Most of them originate from 15th and 16th century. The most significant decoration found in Boljuni are different crosses carved in different varieties, a motif of a wine grape with a triplet leaf, a motif of a shield and a sword, motifs of rosettes and plastic ribbons, motifs of human and animal figures, hunting scenes, dancing scenes, the moon and stars. A figure of a woman with a child in her arms which probably symbolizes the Lady with little Jesus attracts special attention. The most abundantly decorated stećak is the one with a large cross where a Duke Vlatko Vuković of Kosača kin is buried.

When Boljuni is done, it is time to go back to Mostar, and it will take us around one hour ride before we are “home”.

On the way back we can make another break for those desiring to drink coffe. We expect to be in Mostar around 5.00 pm, so better don’t plan too many things that evening as days can be quite long sometime. 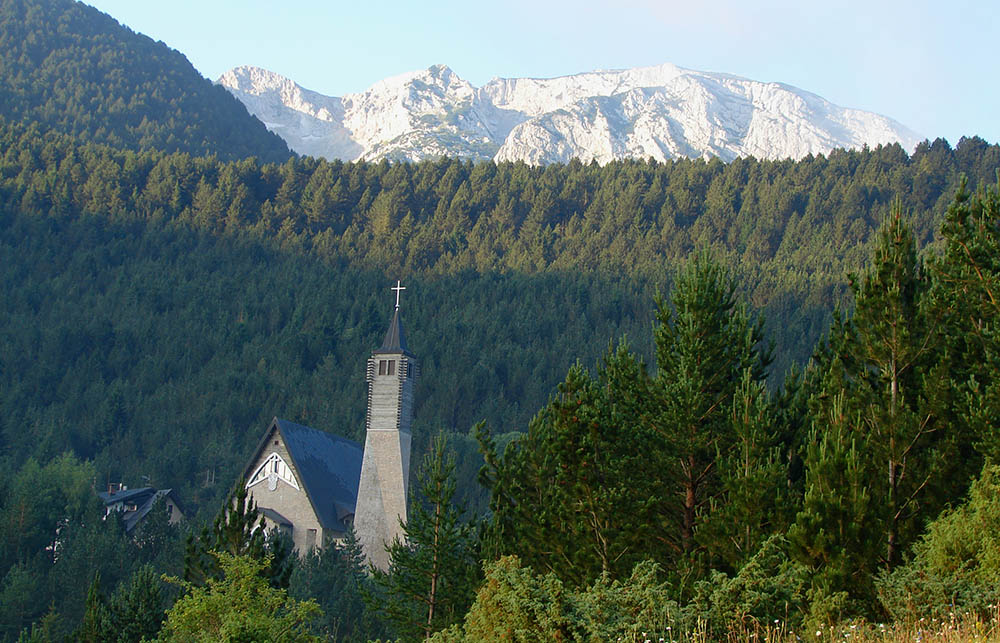 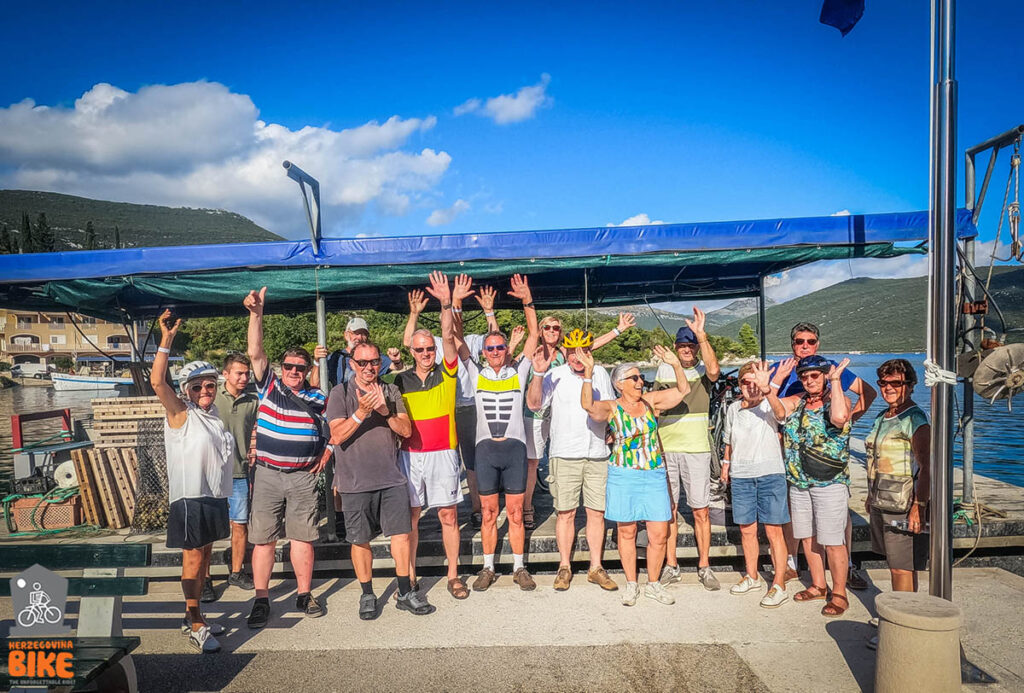